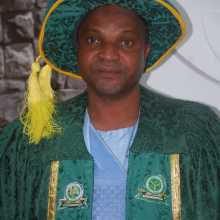 The Pro-Chancellor and Chairman of Governing Council

Rt, Hon. Mohammad. Lawal Zayyana was born on 12th July, 1963, in Gwadabawa Sokoto State, a Muslim married to Hajiya Hauwa U. and blessed with 6 children.

He holds a B.Sc in Agriculture, from University of Sokoto in 1987, Msc in Business Admin.in 1997, Diploma in Cooperative Economic & Management. From Federal Cooperative College, Kaduna

He had his first teaching experience as a corp member at Government Secondary School Kuji Abuja in 1988, worked as an Agricultural Planning Officer I with M.A.N.R Sokoto and rose to the rank of Principal Registrar Cooperative with the Federal Ministry of Agricultural and Natural Resources from 1992 and became a Lecturer in Federal Cooperative College Kaduna 2000.

Rt. Hon. Mohammad. Lawal Zayyana is a crown prince of Sokoto sultanate, an academician and a politician who has served Sokoto State as a Special Adviser on Rural Electrification in 2007, Commissioner of Environment from 2008 – 2016, Speaker Sokoto State House of Assembly 2011 – 2014, Acting Governor 2012, the District Head of Gwadabawa from 2014 – till date and currently the Pro-Chancellor and Chairman of MOUAU Governing Council, 2017 till date.

Bachelor Of Science in Business Administration